So, this week I had an interesting contrast occur to me: 2 deaths of celebrities I really admired, and one update on a life.

Like this, but with less weddings…similar amount of British gentlemen though.

Now, I’m always cautious with the terminology I use to describe my feelings about celebrity deaths.  I think “grief” and “mourn” are incorrect terms: I didn’t know Alan Rickman or David Bowie – both who died this week of cancer at the age of 69. I admired their work, and found enjoyment in that.  They, or at least their public projection, seemed to be great and kind men.  But I didn’t know them – I never met them and had no aspirations of every doing so.  “Grief” and “mourning” I think ought to be reserved for people who were actually in the lives of the deceased, and I rather think that to call the sadness I feel anything of the such cheapens those emotions.

And yet, I was, and am, sad about the passing of Alan Rickman and David Bowie.  I really was a huge fan of their work: Ziggy Stardust, The Thin White Duke, Labyrinth – Professor Snape, Hans Gruber,  Metatron and so many others.  The work of Bowie and Rickman touched my life, and the idea that I’ll never hear another new Bowie song or watch Alan Rickman in another movie – while in no way comparable to how their families and friends are feeling – is sad for me.  Celebrity deaths are strange in that they are death that make us sad, and yet, in the periphery.  Through their work they could be daily presences in my life, but in the most distant of ways: death, on the very edges of my life.

And then, yesterday, a few hours after I had found out about Alan Rickman’s death, I also learned about something on the other extreme periphery: an update on a life. A classmate of mine, in a tutorial, showed me a picture of a little one year old girl.  She looked very happy, having her first birthday, and I couldn’t quite figure out why she was showing me it.

And then she told me the little girl was one of the two babies whose c-section I had observed in Lab City – that I’d cut the cord of and held her right after her birth.

I put this here for the “Circle of Life” metaphor, and now realize given the previous sentence it is kind of a pun.

I found that picture made me very happy, in a similar way that finding out about Rickman and Bowie had made me sad.  I’m never going to be in this little girl’s life – I don’t know her, or her parents – but the idea that this little person who I was there to help – even in the tiniest of ways – into the world is now 1, having her cake and her birthday, made me really happy.

I think that those 2 experiences really deepened my understanding of just how much other can influence use, and we can influence the life of others, even just gently circling the same orbits.  They say we can connect our lives to everyone with 6 degrees of separation (or Kevin Bacon) or less, but I wonder if we ever consider what those connections mean? The feelings we have about these distant connections are perhaps not as intense, but they are certainly real, and they really cement for me how no matter how vast the world is, we are really all connected as human beings. 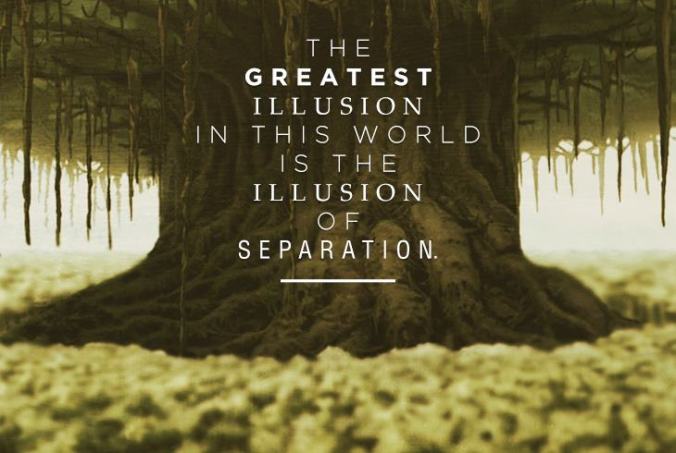 At the risk of waxing a little bit poetic, I believe I’ll leave you with the words of the great Neil DeGrasse Tyson: